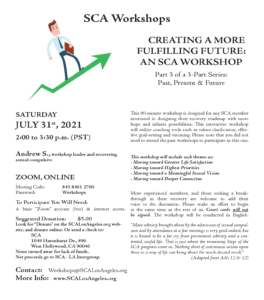 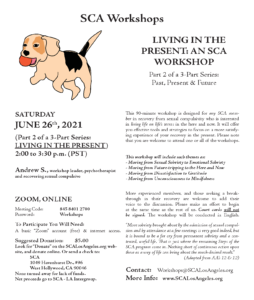 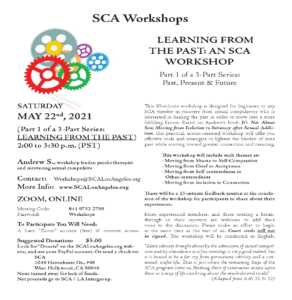 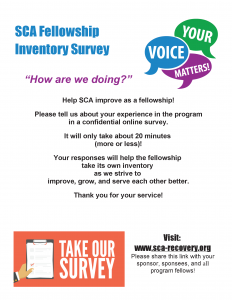 The SCA LA Retreat committee announces that registration is open for the 2018 Memorial Day Weekend Retreat!

Registration covers the cost of meals, lodging, workshops, snacks and fellowship for the retreat.
Please register early to reserve your space and help us plan our headcount with the house.

To secure your spot, please follow the link to register and pay online:
*Prices include a $5 PayPal processing fee.  Click here to Register online

I’d just like to share a great experience with you. Last Saturday we had a wonderful holiday event.

With 20 participants at an SCA meeting of nearly 2 hours, it was the biggest in history of SCA Berlin.

This was followed by perfect readings, performance of old-fashioned singing and dancing (Indian and French), singing of traditional German Christmas songs played by 3 great pianists at the grand piano, and at the end of this evening, a final singing of “Last Christmas” by Wham.

From starting decoration till final cleaning, a wonderful experience for 5 hours.

Yes, maybe a bit early, but fully loaded with positive energy from that evening, I’d like to send you my best wishes for a beautiful Christmas-time and all the best for a wonderful New Year 2018 in recovery.+24 matthias

Attached is a SCA social flyer for a Beach get together and BBQ – pot luck in Huntington Beach on Sunday, Oct. 15.  Please pass this information to your meetings and spread the word.

A friend sends along this quotation from Tertullian:

“Hope is patience with the lamp lit.”

The SCAnner’s lamp is always lit.

The effort was led by Marty S., who headed an ad-hoc committee of the International Service Organization to come up with a new design. Over several years, the design was tested and tweaked by a team headed by Marty, a member of Online Intergroup. ISO approved the new design at its annual meeting in Los Angeles.

The site gets a webmaster for the first time in several years, Greg I. of New York Intergroup. The International Meeting List has also received an overhaul, now being handled by a database administered by Matthias P. of Berlin Intergroup.

The online store also has a new look, and puts into effect the Wholesale Pricing Policy adopted by ISO. Orders will go to the new Literature Distribution Coordinator, Doyle of Los Angeles Intergroup.

These active members of the Fiduciary Committee, along with the stalwart David N. (former Archivist, former Literature Distribution Coordinator, and all-around good guy), are the volunteers who make ISO’s “back office” function.

If you are interested in joining us, we will have a telephone conference call on Saturday, Oct. 7. Use the “Contact Us” form on the SCA site to get information.

Beginning on Saturday October 14 we will have a new meeting in Huntsville Alabama.  Here is the meeting info:

Location:
All Saints Lutheran Church
12100 Bailey Cove Rd
Huntsville, AL 35803
(enter through door on west side of bldg, opposite of Bailey Cove Rd)